Out of Place
by Markus Albert, Thomas Hedden, Peter Schmidt 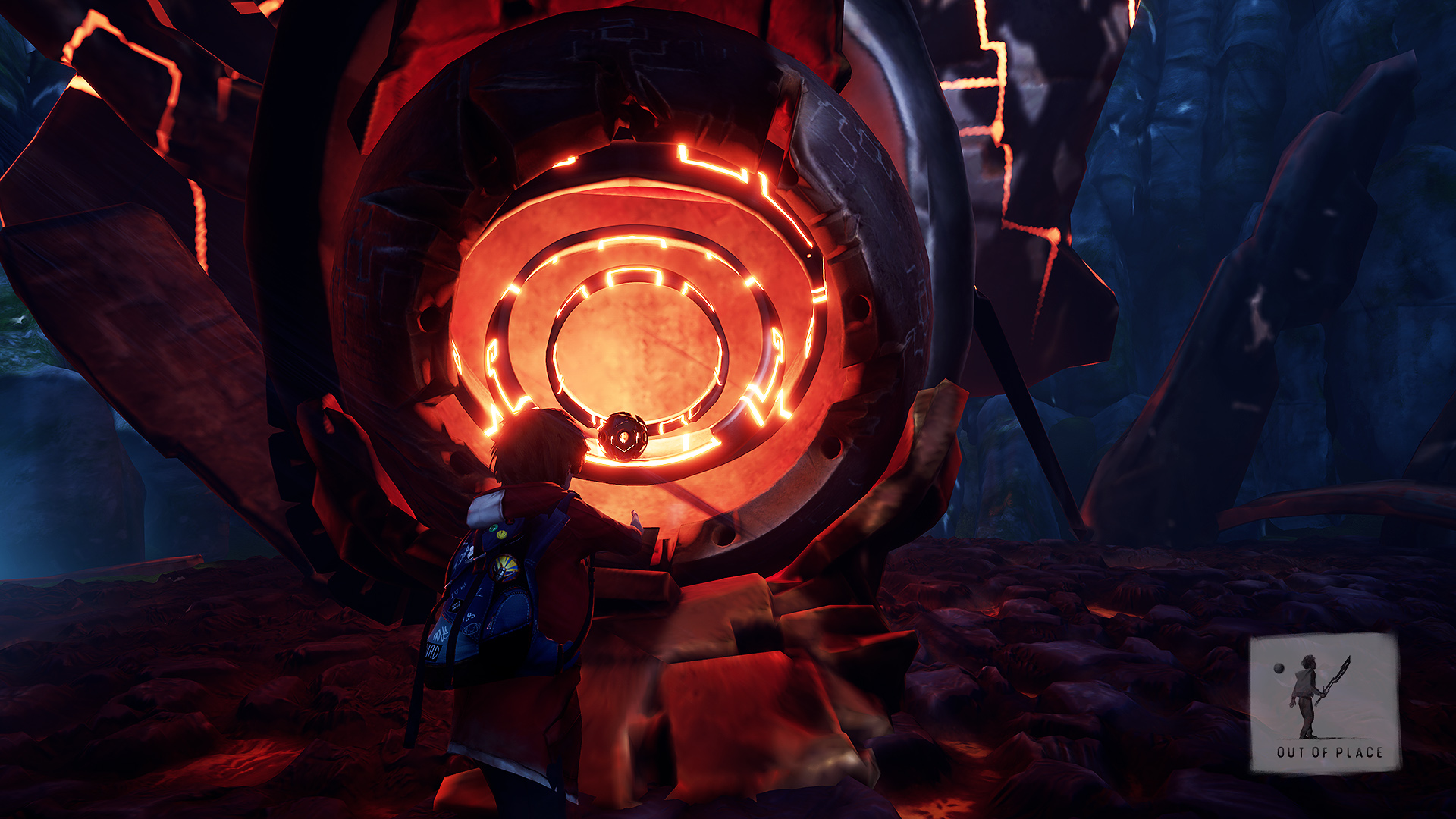 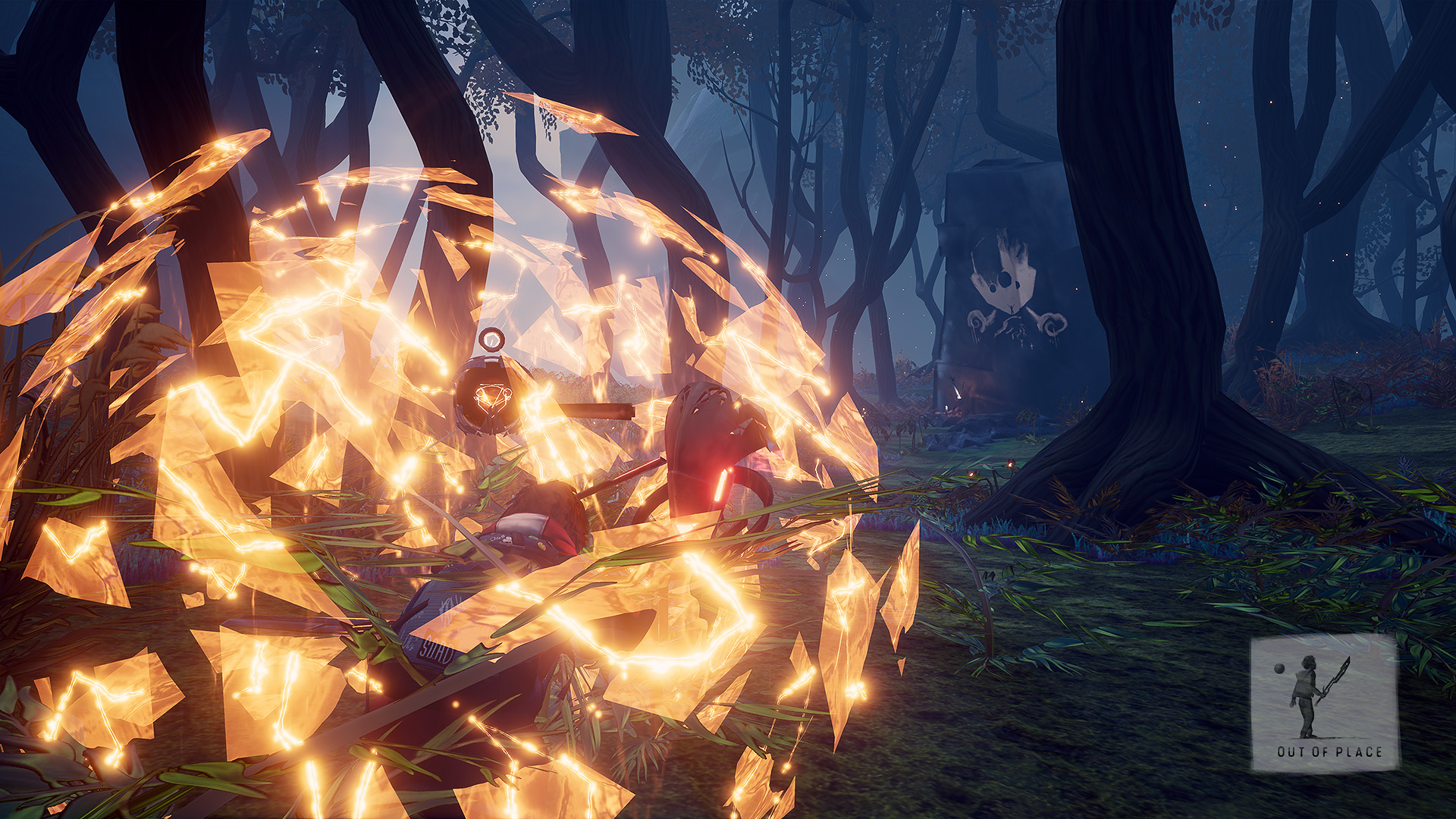 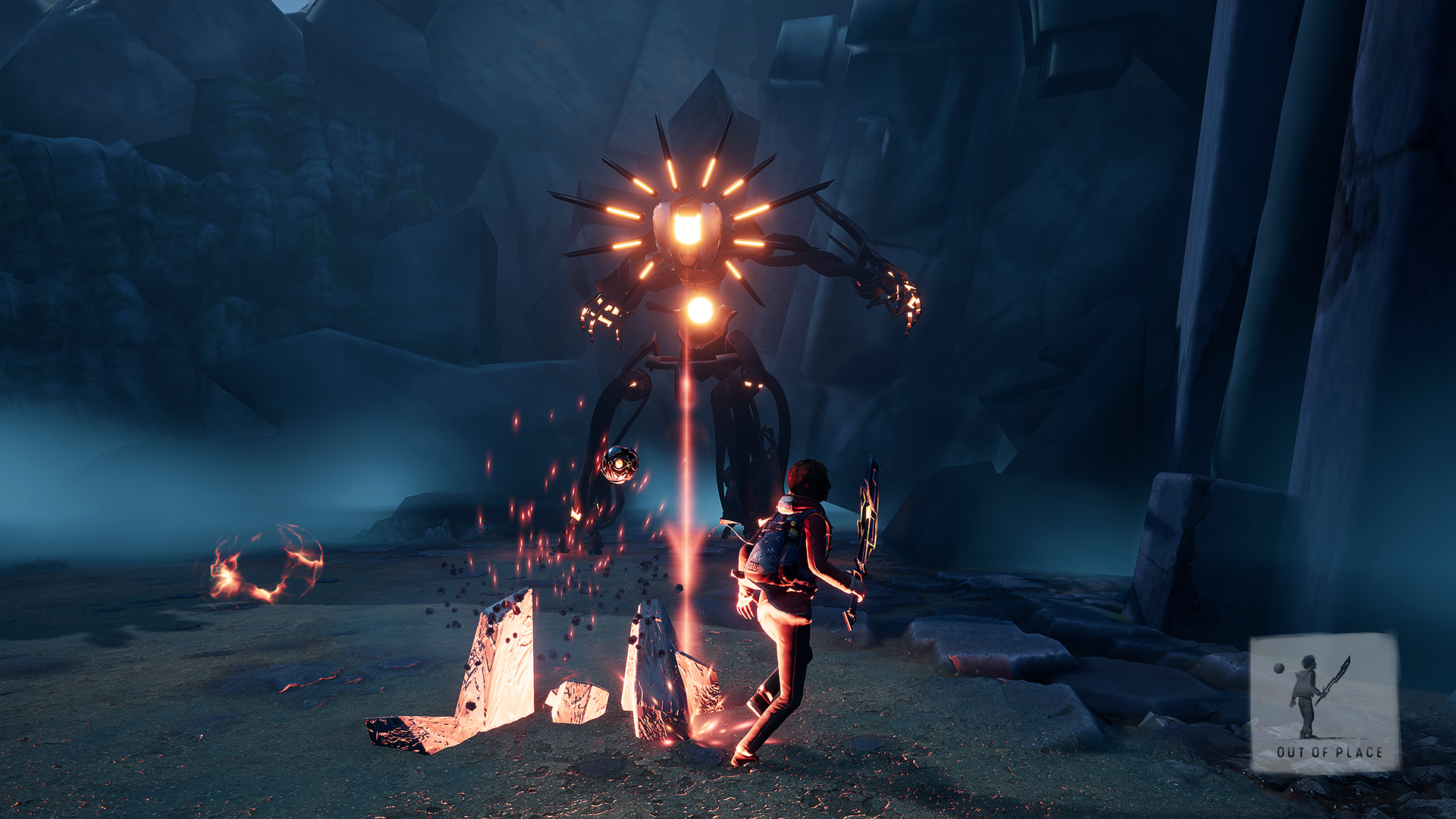 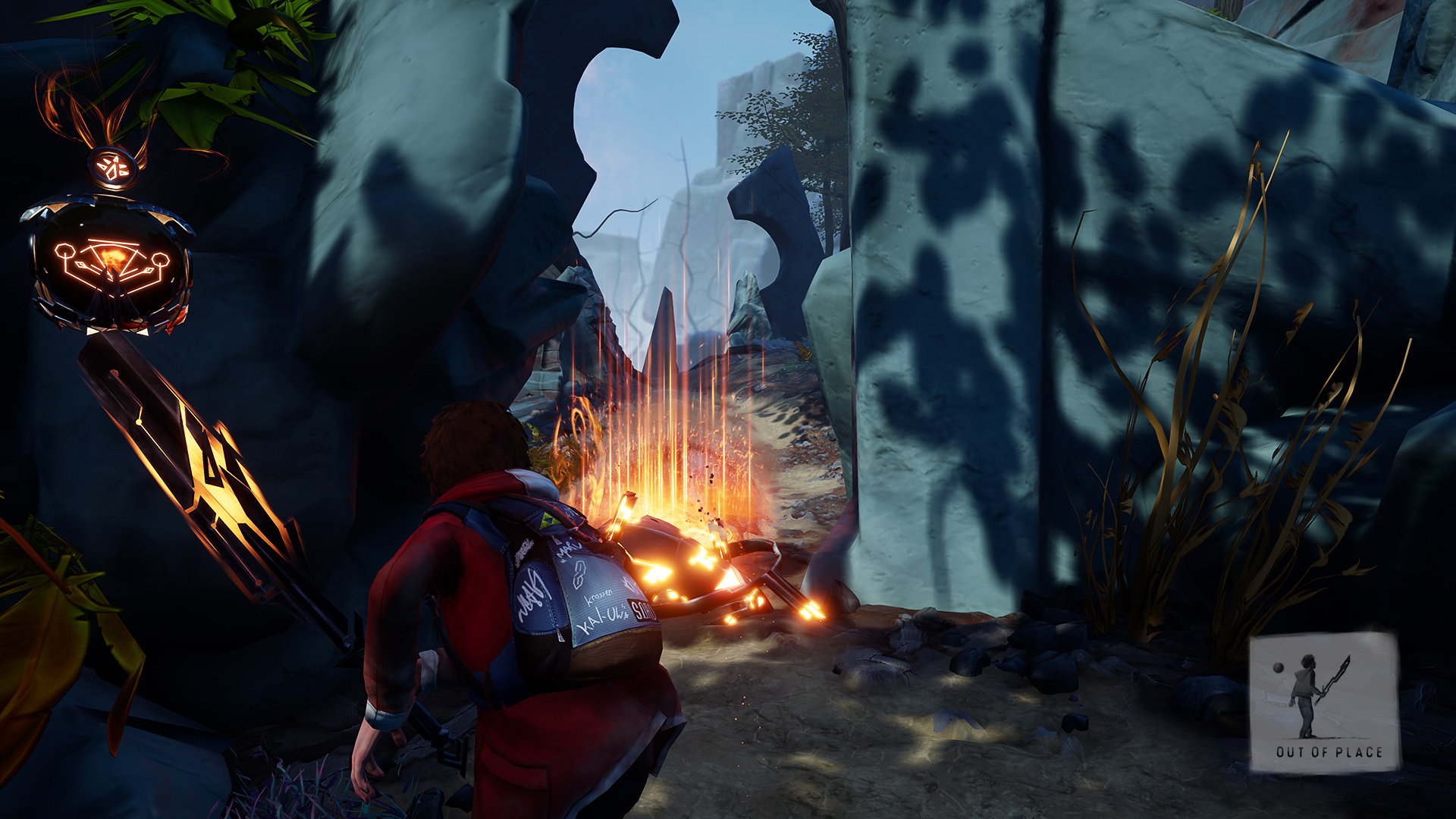 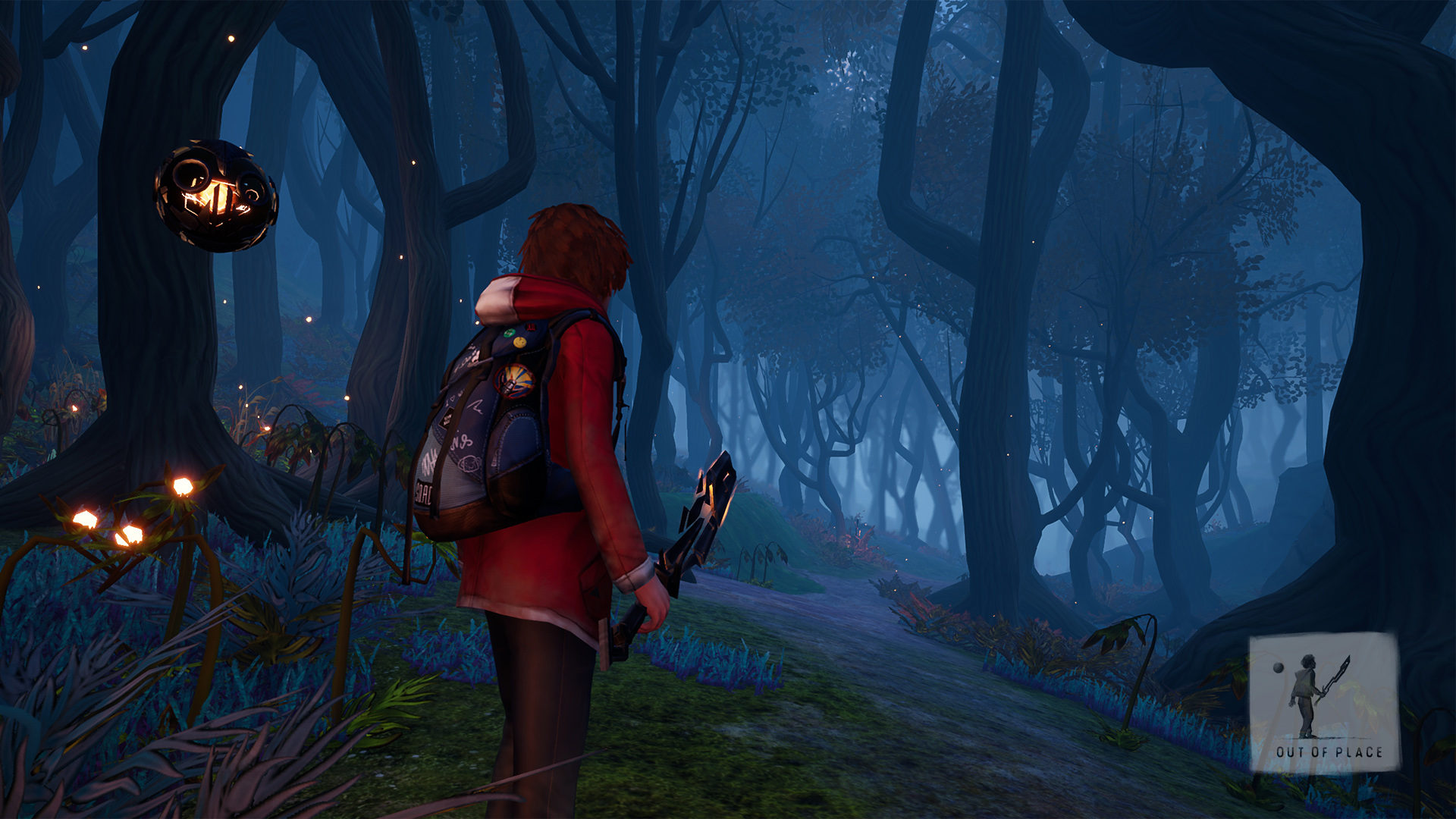 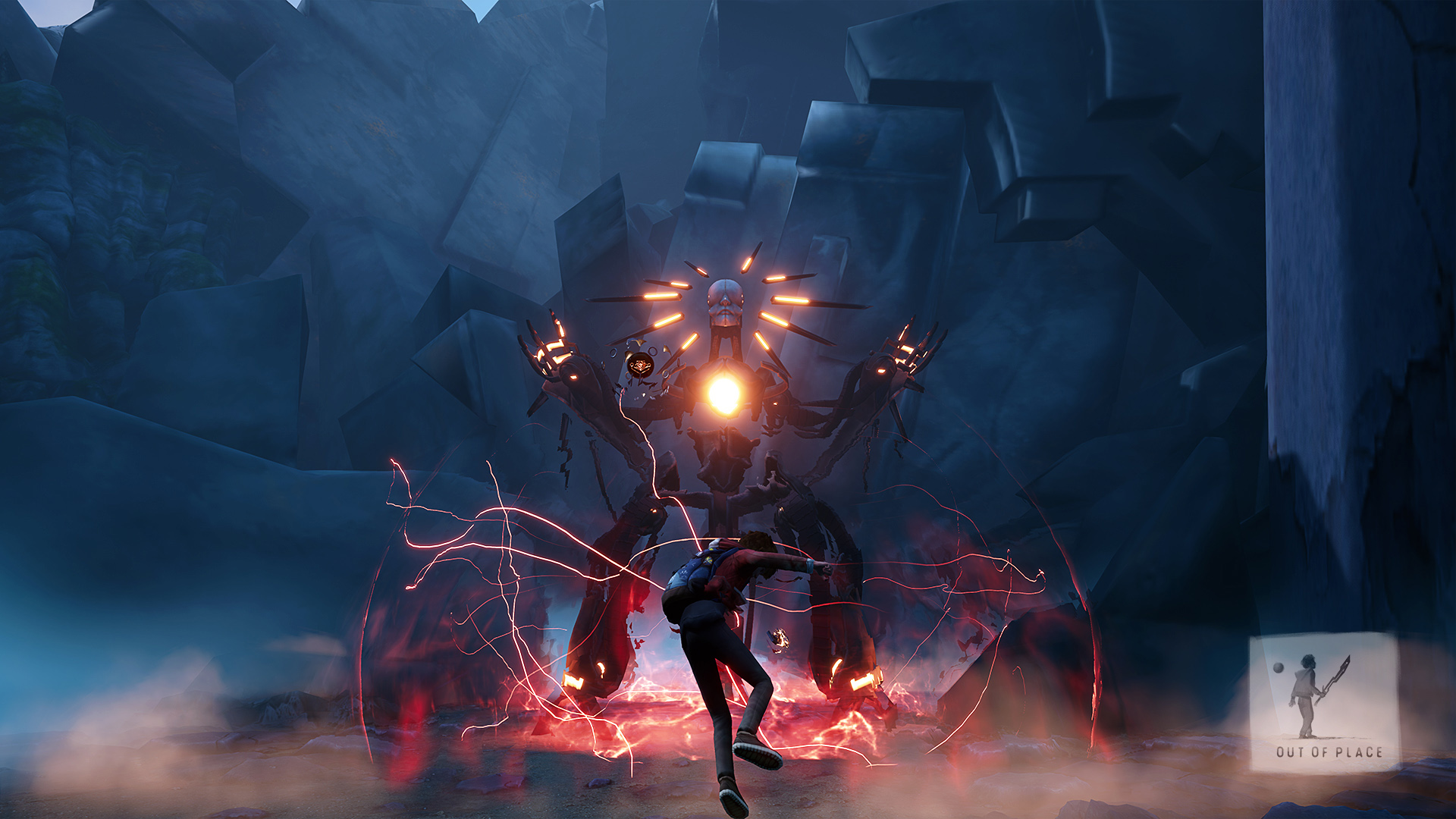 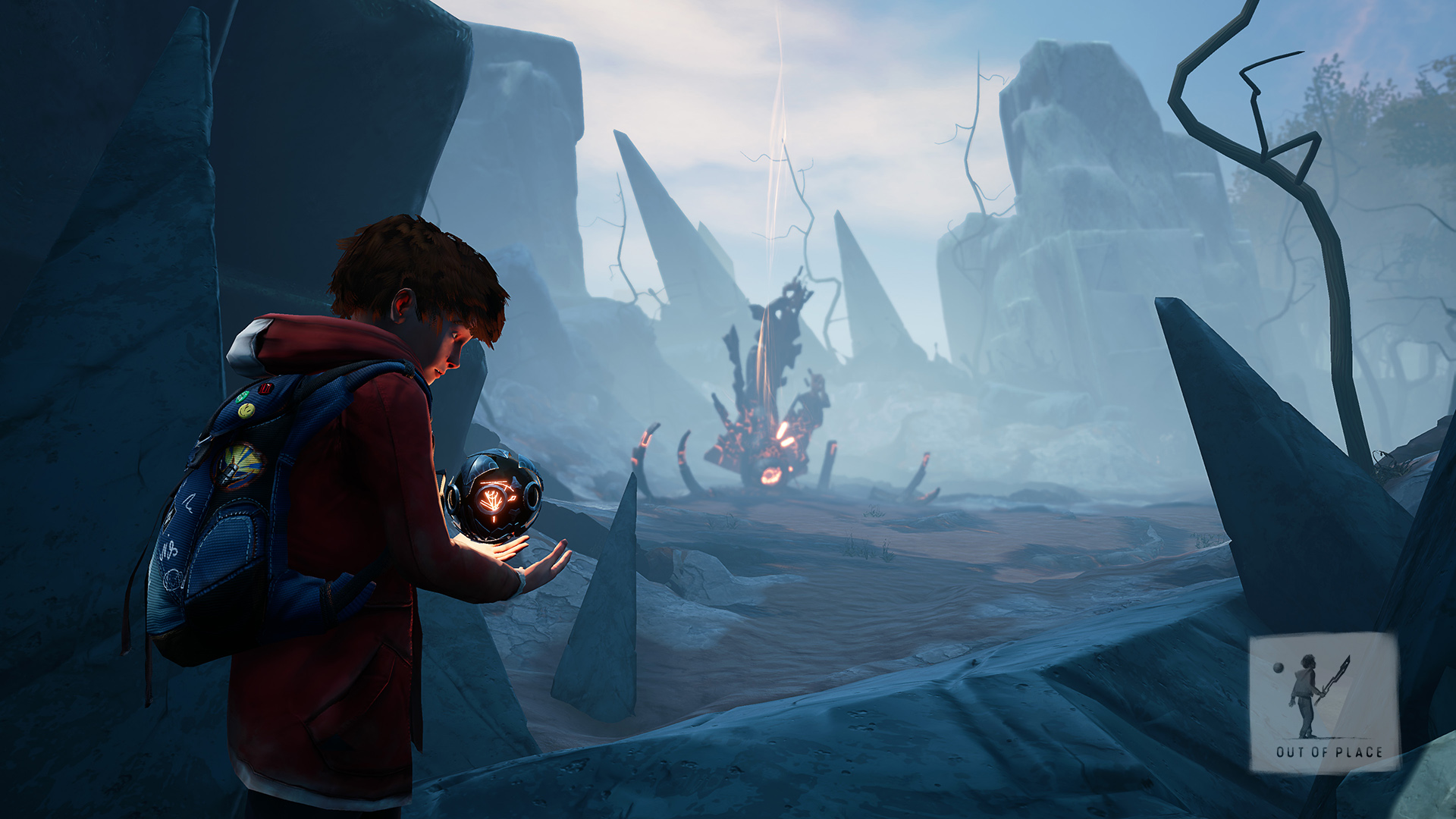 About the game: Out of Place

The player joins the teenager Simon on his escape from a foreign world, where he arrived under mysterious circumstances. Soon he needs to understand that obscure and dangerous creatures inhabit this world - humans as well as machines. Not only the environment but also the whole surroundings seem strange and alien to him. On the beginning of his journey, Simon discovers a companion, who supports him further on his search for a way back home: He calls him the Orb. This inexplicable fellow seems to be a viable ally but still no guarantee for survival. Instead, the two strangers nurture a dynamic relationship and have to understand that they need each other in this distant world. With a sword in his hands and the Orb by his side, Simon needs to face the inhabitants of a destructed world, which won’t always show who is friend or foe. Still, lost between two places his biggest enemy remains his own fear. Only if he is able to face his vulnerability and surpass himself, he will find back home. Out of Place is the Adventure of Simon who is thrown into an unknown world through mysterious events and needs to gather all his courage and willpower to find a way out of the dangers that it contains. Join Simon on this cineastic and engaging Sci-Fi-Adventure. Feel his fear, grow with him and prove your bravery. This will be the only hope finding back home.

Out of Place is developed by a small indie team from Hamburg, Germany.