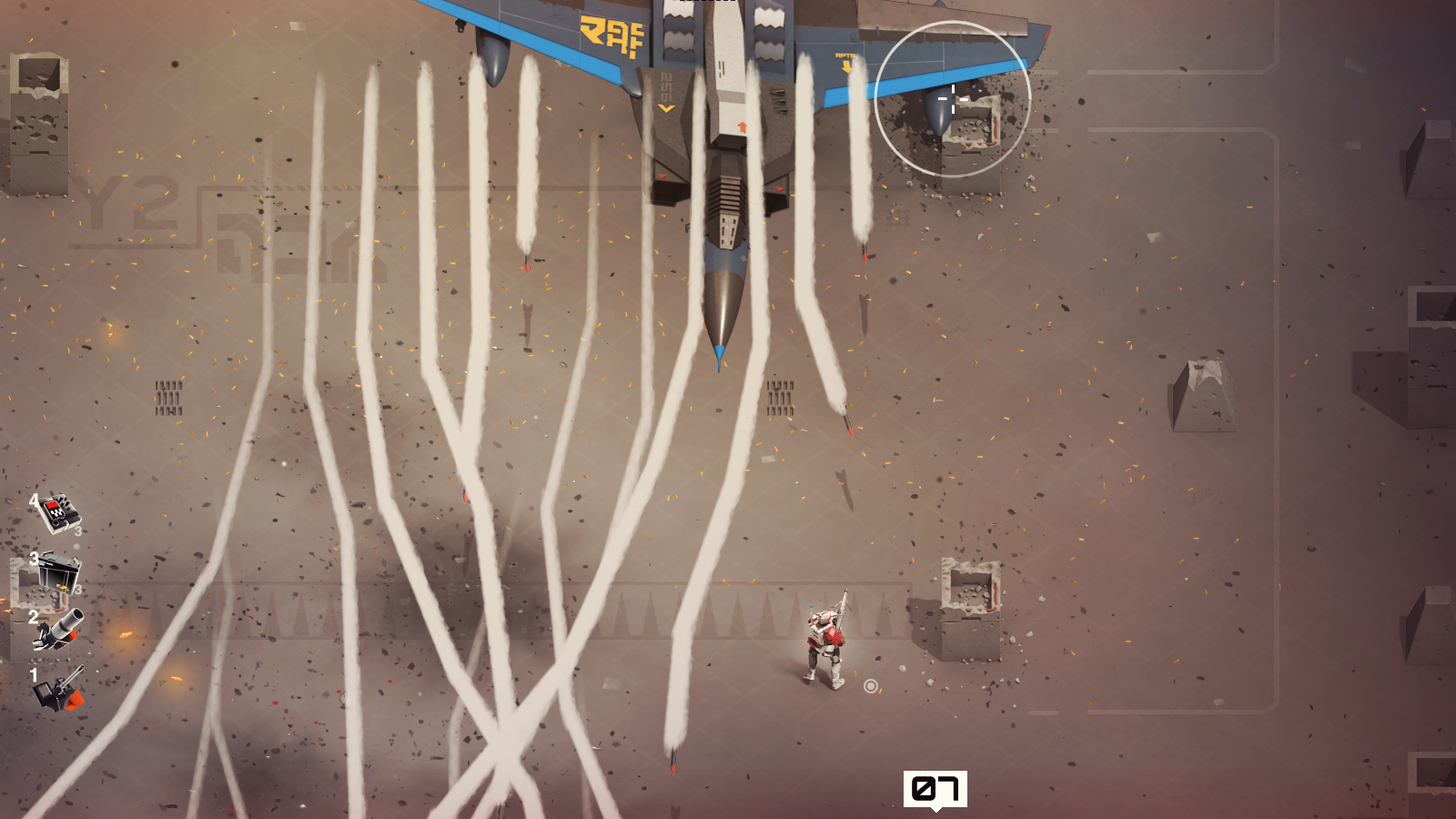 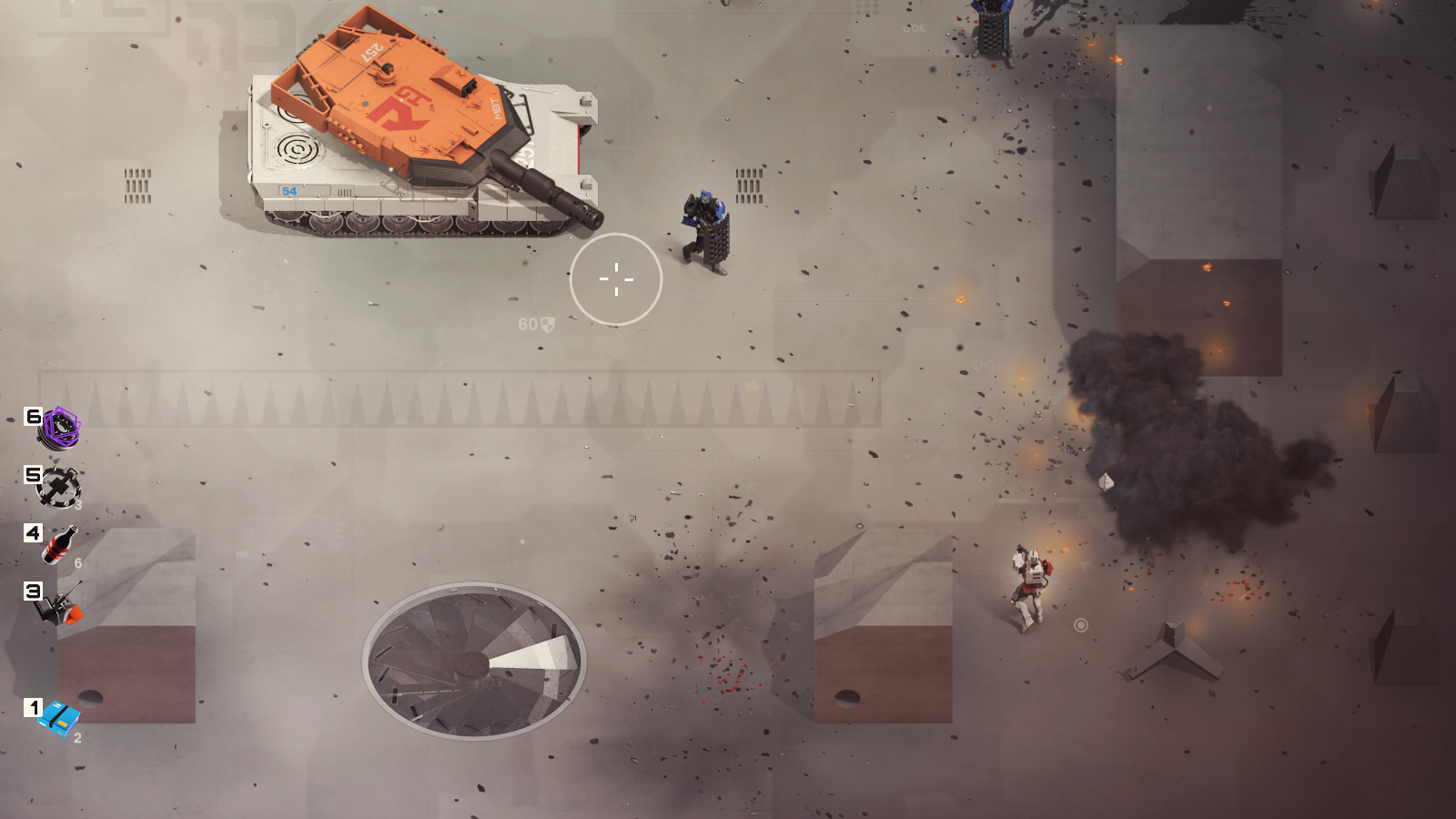 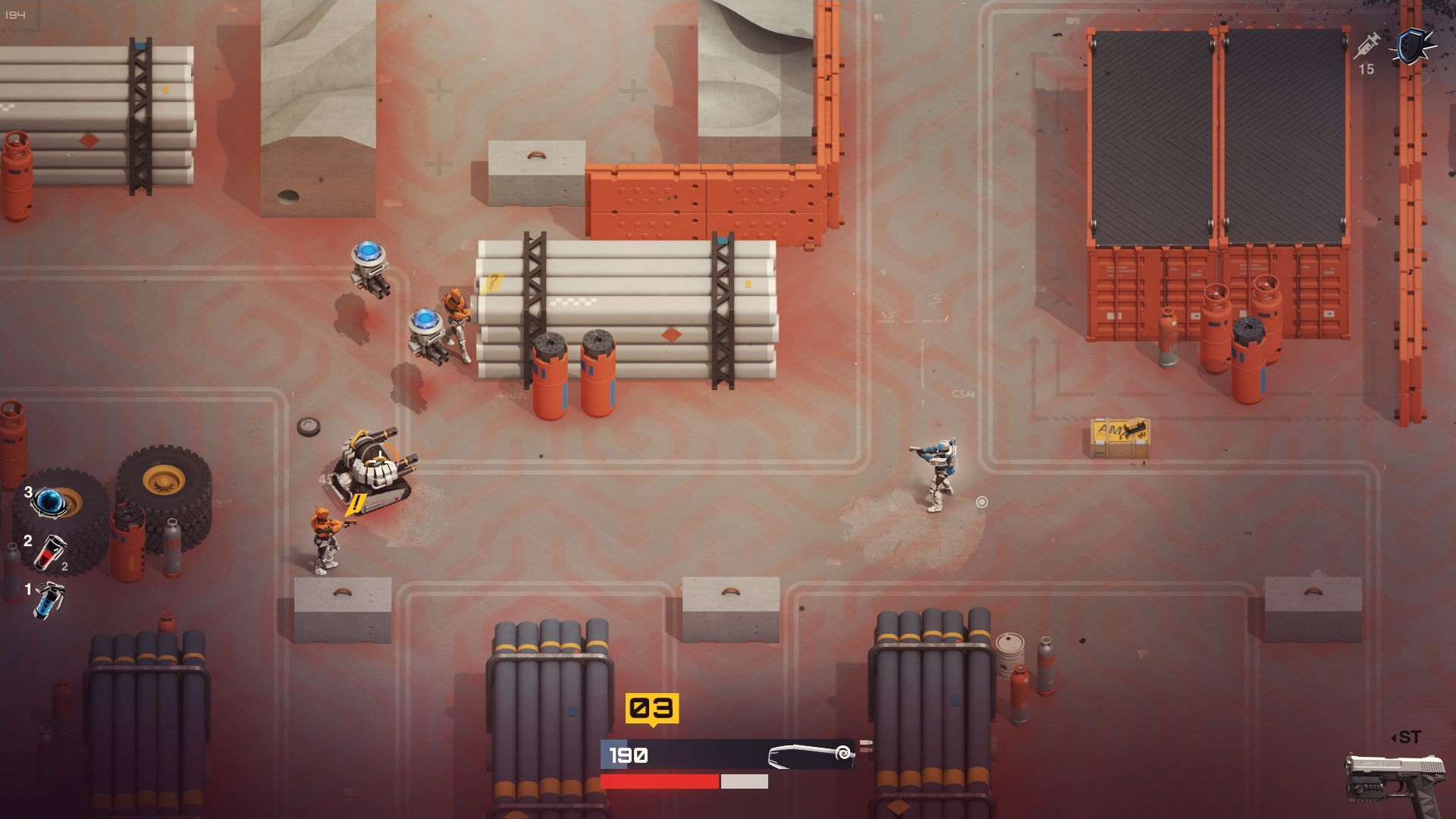 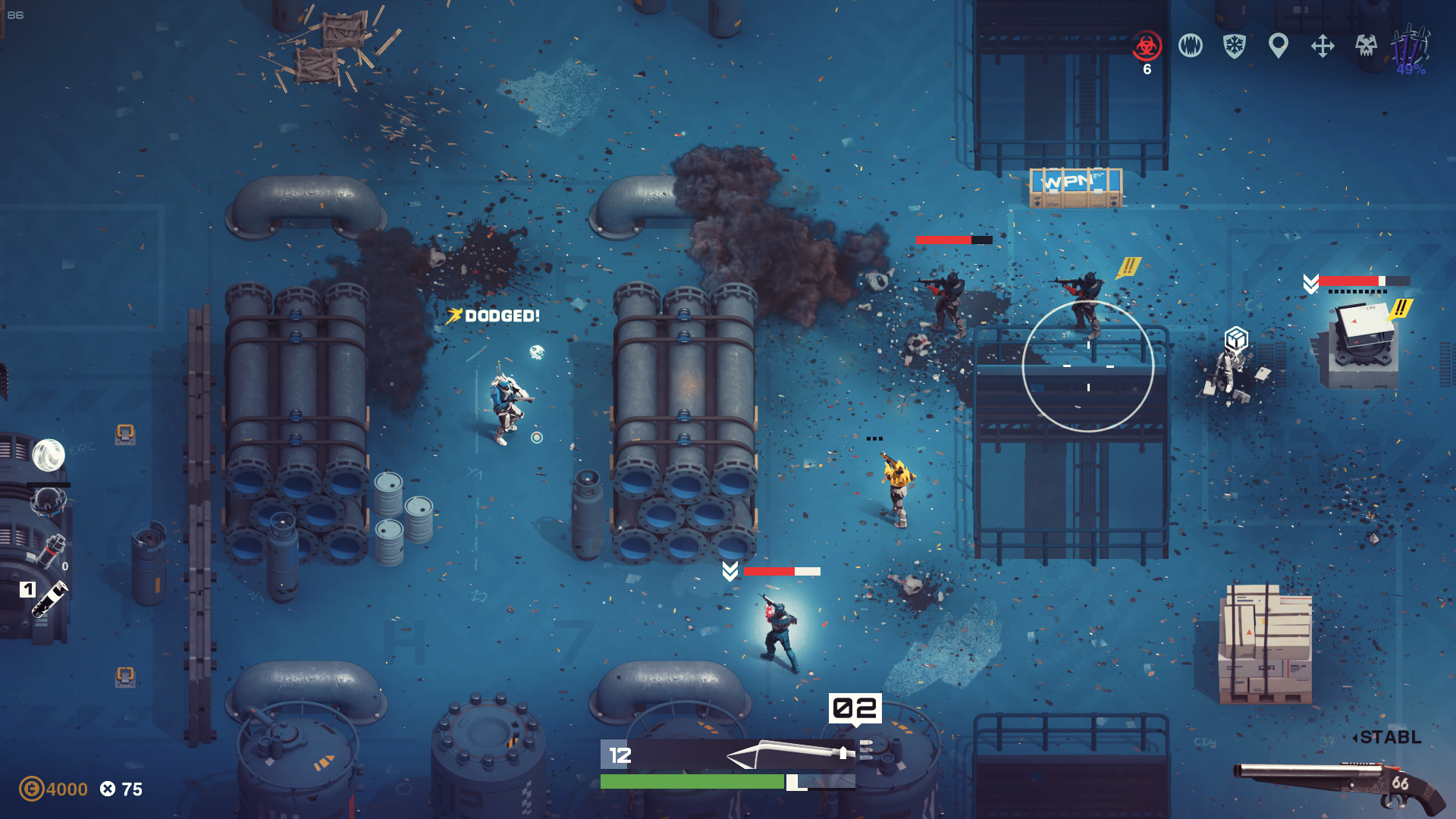 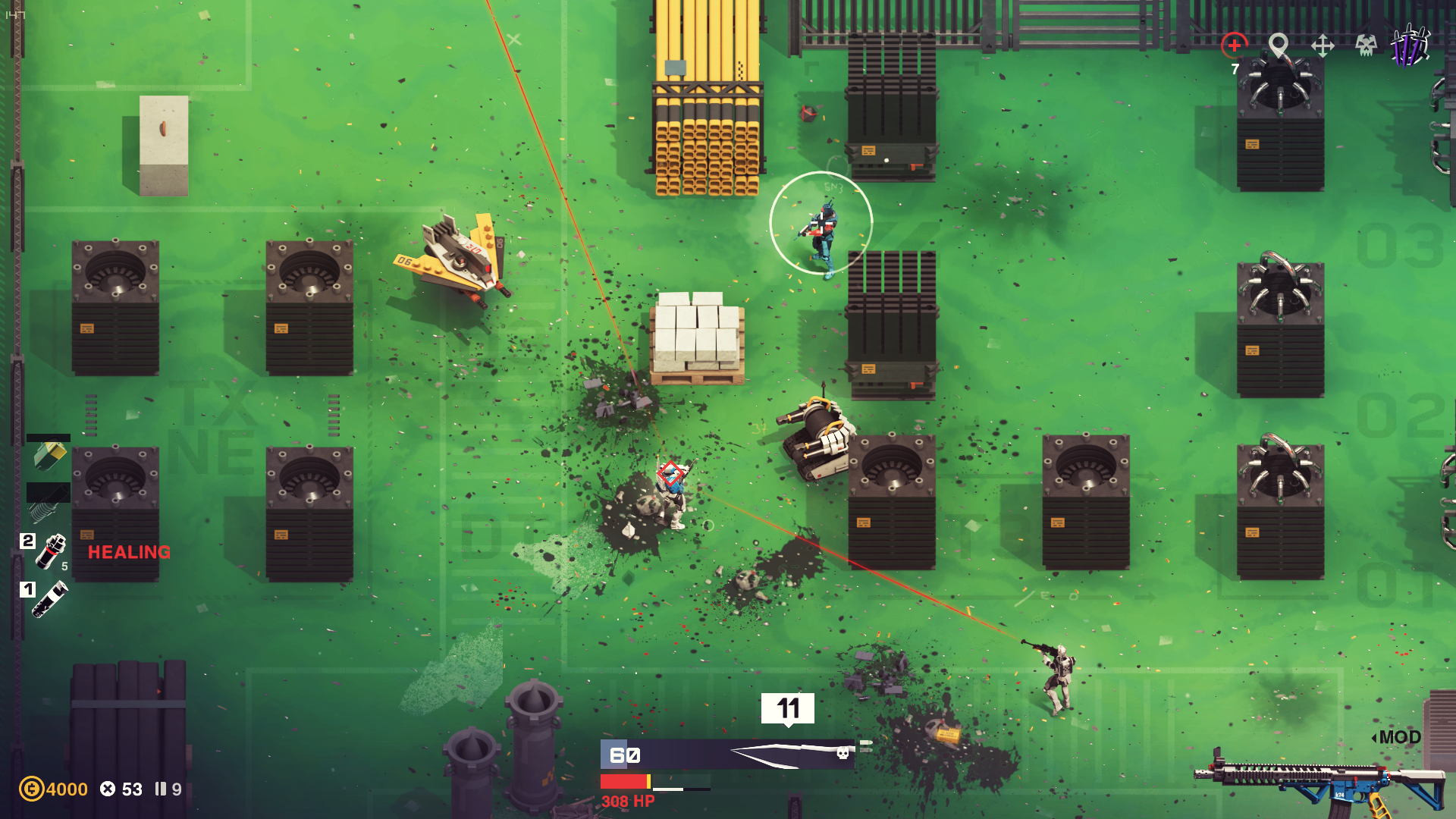 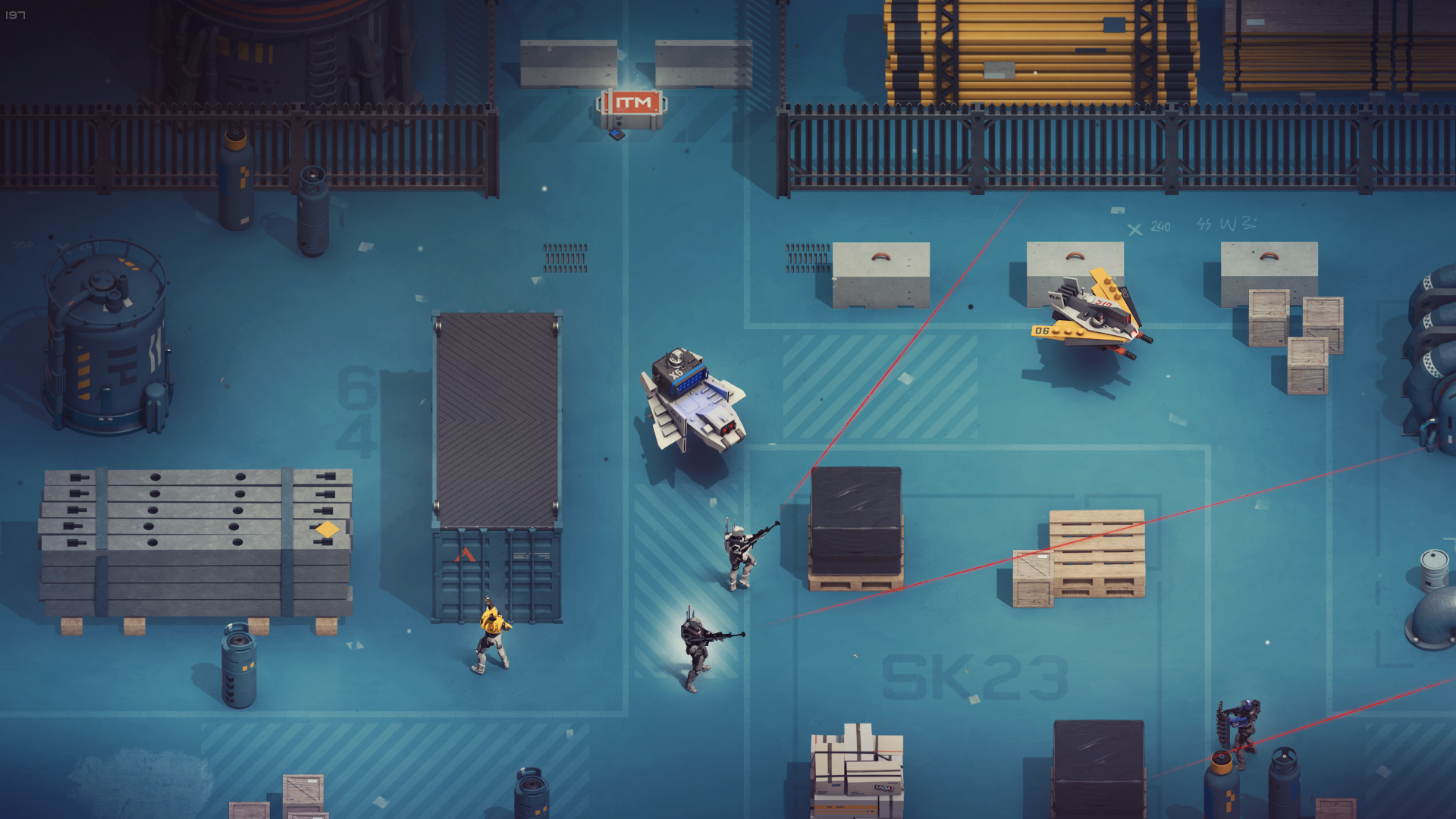 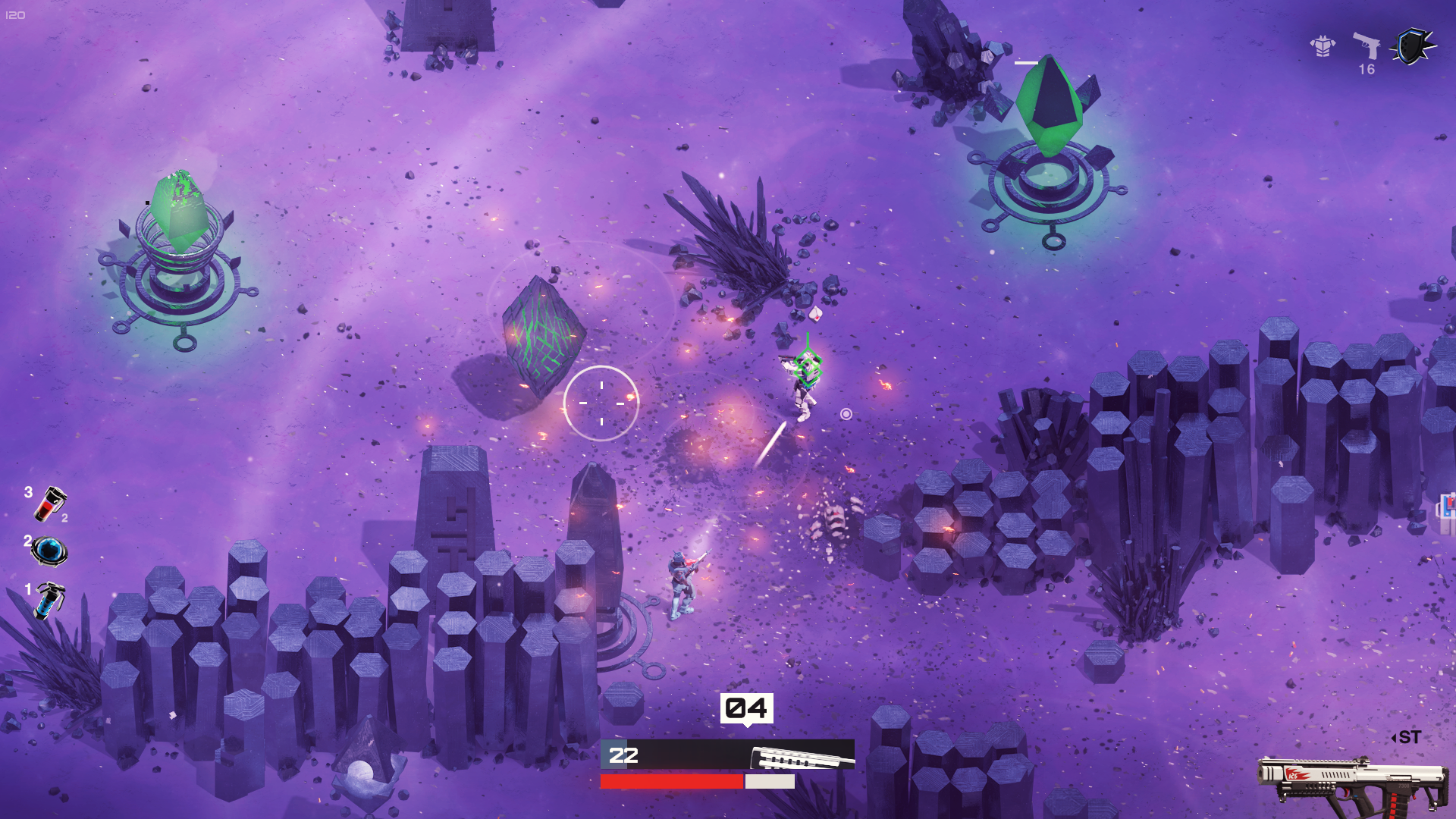 About the game: SYNTHETIK

Synthetik is a fast-paced, shooter rogue-lite set in a retro-futuristic world, combining the next level in gun-play with a varied arsenal of powerful tech to experiment with.
Players are put through their paces battling from floor to floor of the citadel against relentless foes to prevent mankind’s extinction.
- Synthetik brings a new perspective to the shooter genre by incorporating mechanics, such as manual eject and active reload, recoil, weapon heat, and jamming.
- The game blends roguelike elements of permadeath and semi-randomly generated levels with difficulty modifiers, and a strong class progression with 4 unique specialisations, loadouts and perks.
- Players must advance through 4 "stages" consisting of 3 - 5 levels and a boss fight. Throughout play, players are awarded "Credits", to purchase weapons, items and upgrades during that session only, and "Data", to spend on permanent modifications and augments between sessions.
- There is plenty to discover and experiment with; from pre-game loadout to the weapons, items, and upgrades available throughout the levels. Players are presented with many high risk, high reward decisions requiring a tactical approach and improvisation.
- Synthetik offers a high-octane rogue-lite experience that’s jam-packed with variety. There are over 60 weapons, with an additional 17 variants and 21

About the company: Flow Fire Games

Eric and Alex met at Games Academy Berlin and decided to found the company shortly after graduating in 2014. Following the launch of SYNTHETIK, Game Designer Karl Hülsermann joined the team.