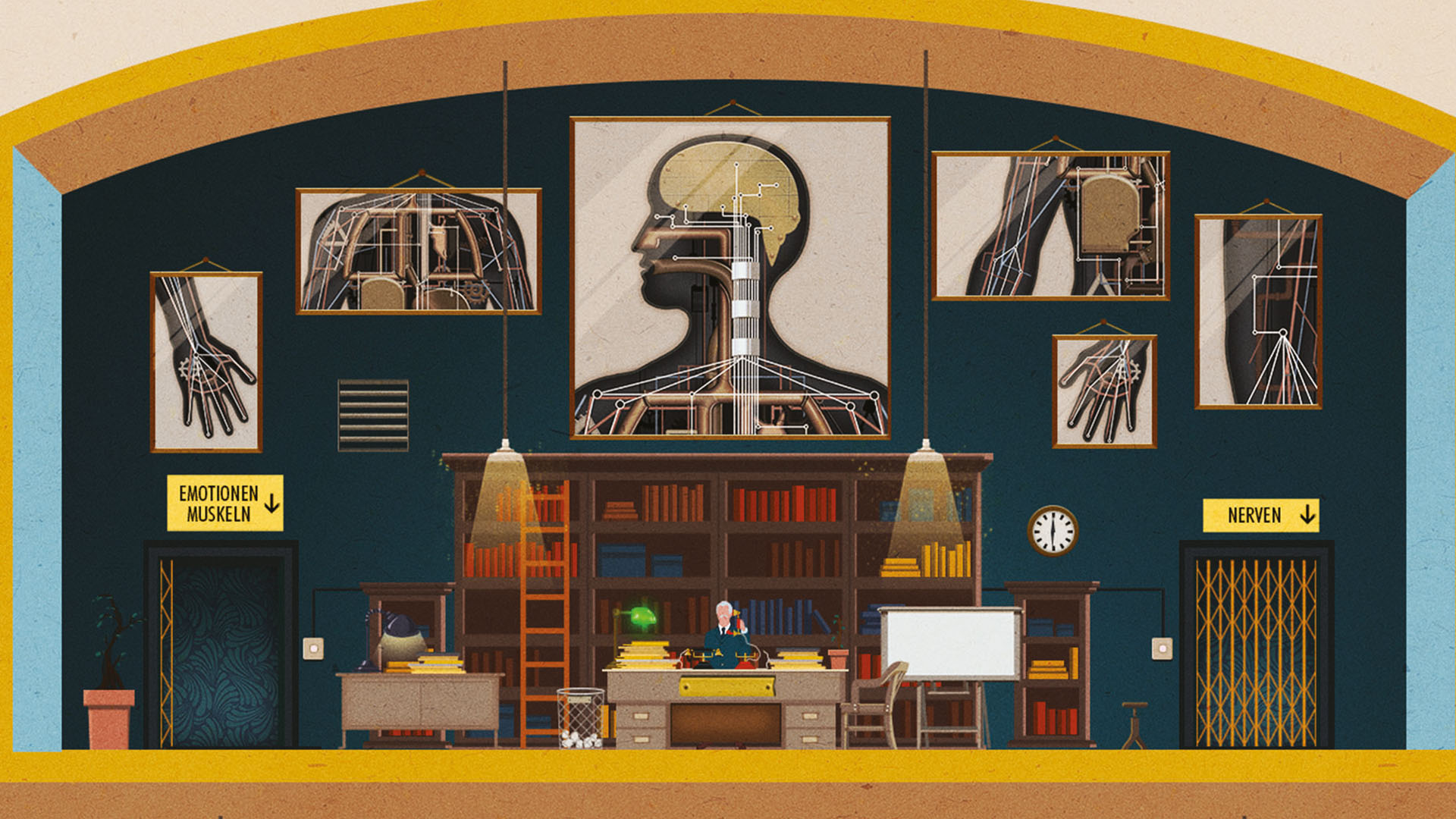 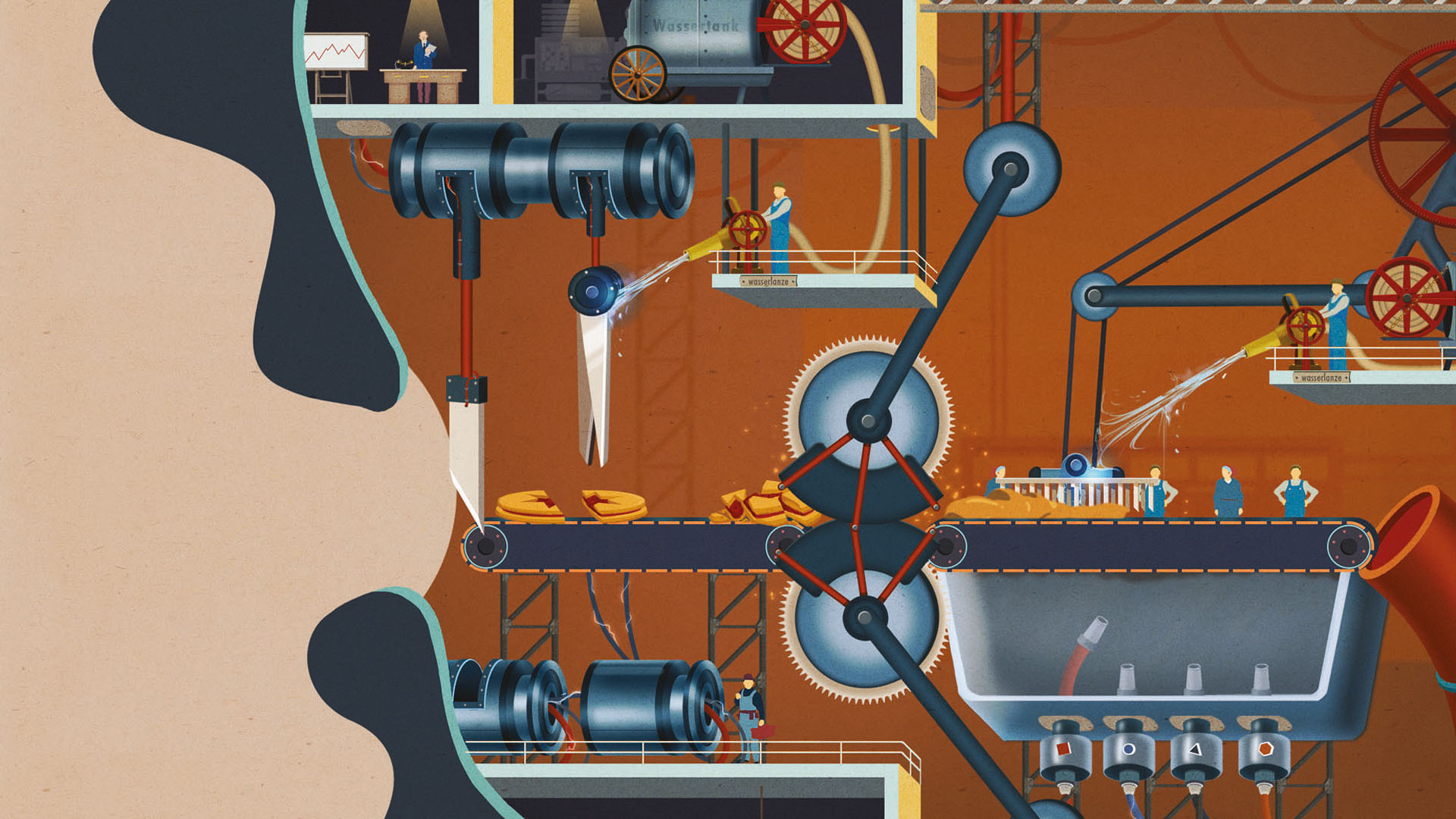 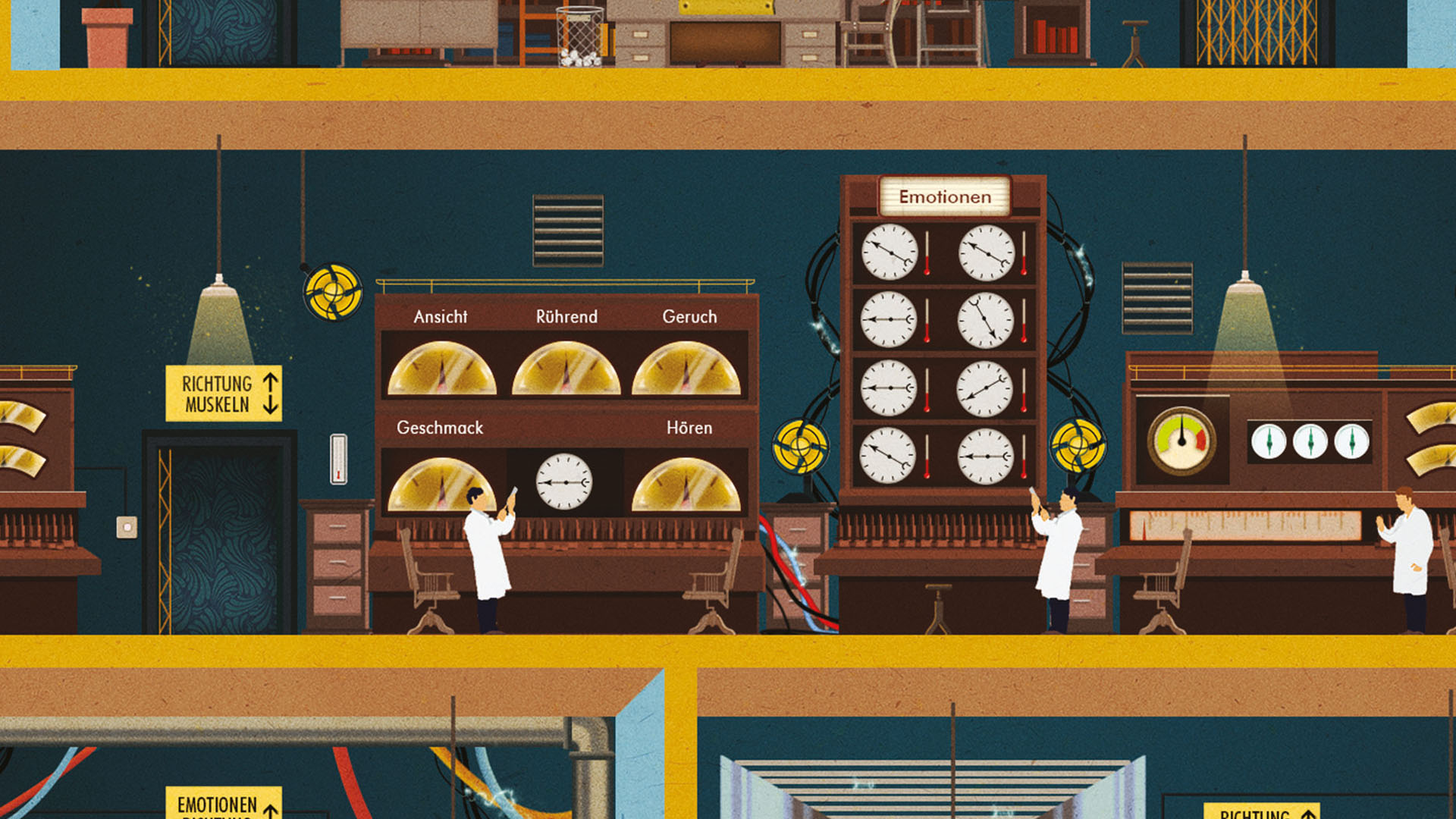 About the game: Homo Machina

Homo Machina is a puzzle game inspired by the work of avant-garde scientist Fritz Kahn. Set off on a crazy journey to solve the surreal puzzles of Homo Machina and learn about the internal working of the human body, represented as a gigantic 1920s factory. In this narrative puzzle, players are plunged into an ingenious system of nerves, vessels and valves. The aim is to help the body function correctly in about thirty steps or so throughout the entire day. Each scene breaks down daily acts, such as opening your eyes, chewing a toast or listening to music, through seamless navigation and intuitive and inventive gameplay. Fritz Kahn, a pioneer of infographics and popular science, came up with easy to understand analogies to enable people to improve their understanding of the human body. By combining old school design with a contemporary influence, Homo Machina delights with its clever dialogue between the absent-minded director at the helm of the body-machine and Josiane, his diligent secretary, encouraging players to put to task the armada of workers to get the incredible factory up and running.  After Californium, Homo Machina is the new video game created by Darjeeling production. It was edited and co-produced by ARTE, European culture digital and TV channel, and Feierabend.

About the company: Darjeeling

Created in 1992, ARTE is a public service European culture channel and digital network with a focus on creation and innovation. In the last decade, ARTE has co-produced a number of major interactive works, including the games Type:Rider, Californium, SENS VR, Vandals and Bury me, my Love.
www.arte.tv/videogames, Twitter (Arte France) and Twitter (Arte Interactif)

Based in Paris and established in 2009, Darjeeling produces high-quality content for new-media platforms. The studio collaborates with a wealth of talent covering directors, photographers, writers, digital artists, game designers and developers, to create compelling stories. The company’s first game, 2016’s Californium, was based on the work of the writer Philip K Dick. Its new game for iOS and Android, Homo Machina, explores Fritz Kahn’s unique mechanical visions of human anatomy. Find Darjeeling online at its official website.

Feierabend Produktion is a production company based in Berlin. They focus on international co-productions with strong IPs, high cultural value and strong immersive content. Feierabend works on movies, TV and video game projects. Up to now they have been involved in the creative development and helped with the public and private financing of the following high level European projects: E1027, Emergence, Homo Machina as well as  Life and Deaths of Max Linder. Find Feierabend online at its official website.